Even though they heard the same tales.

When they were kids, Bunyamin and his brother Yusuf fall in love with the same girl – Zeliha – and a childish game leads to Zeliha’s death.

Bunyamin can never forgive himself and face up to his brother, instead; he keeps running away from home with excuses. After his graduation, he drifts to Bosnia to help with the discovery of dead bodies from the mass graves. The emotional pressure of his job brings his past back to him in his dreams, instead of being himself in his dreams; he turns into his brother Yusuf who struggles to find his true love Zuleyha. Zrinka is a Serbian-Bosnian psychologist helps people with post-war suicide syndrome. They meet on the Mostar Bridge while she considers committing suicide. Mysterious nature of Bunyamin attracts her. Zrinka tries to help him to be released from his qualms of conscience, but despite of all her efforts, Bunyamin doesn’t share the terrific childhood incident with her. After completing his job in the ICMP, (International Commission on Missing Persons), he returns to Turkey to face his brother to deserve Zrinka’s love. While waiting for his return patiently, one day, Zrinka sees that something bad happens to him in her dream. She follows her instincts and begins a journey through Turkey to help him and find an answer to her love. In Hasankeyf, instead of what she expects, she finds another truth and the true love. This isn’t a straight-forward love story; it’s a tale of love, death and the healing of three lost hearts. It is pure reality drenched in dreams. 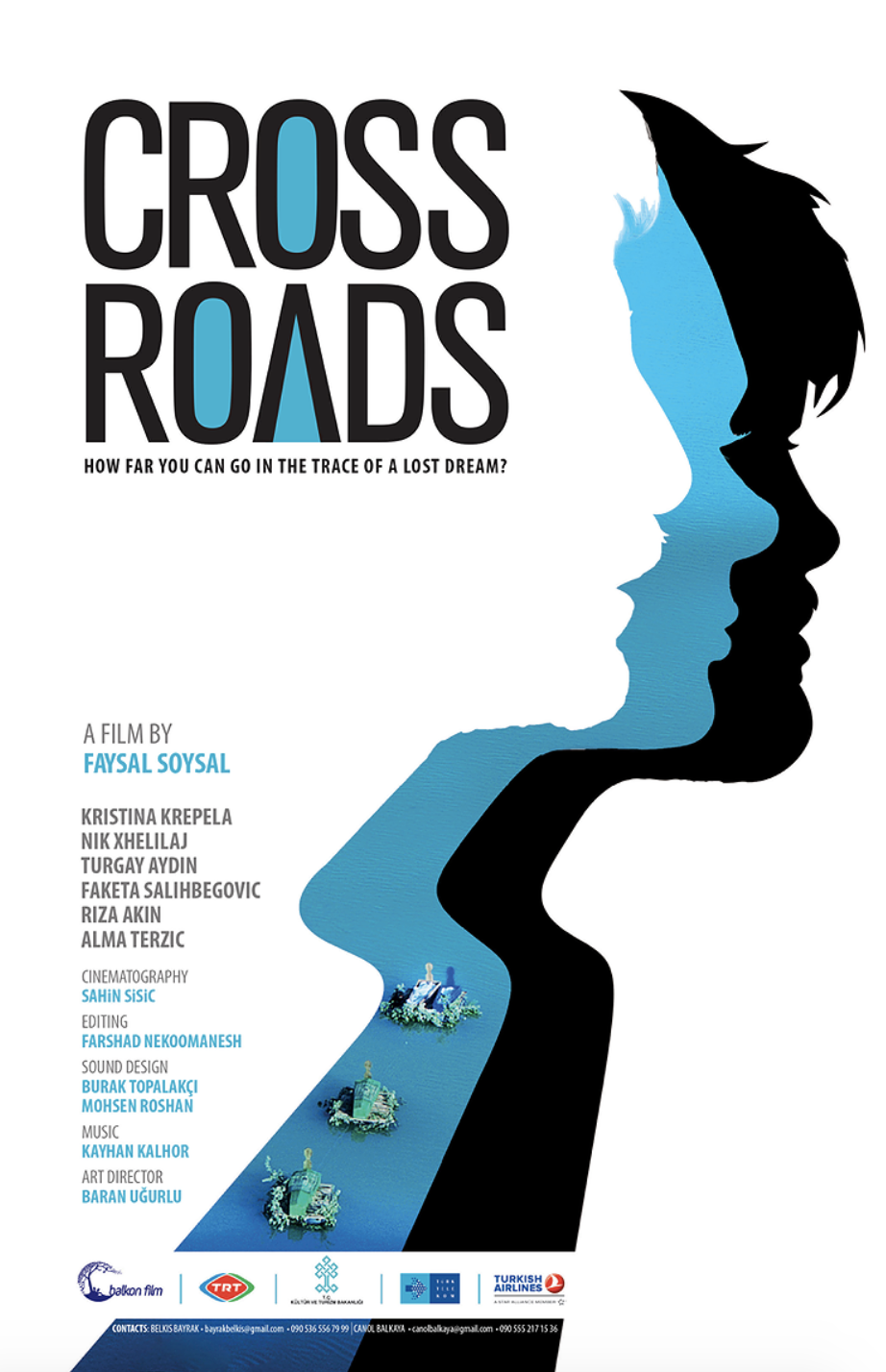 When I began to understand that the life would not give answers to some of my questions, I started to write poems. Gradually I have comprehended that neither the men could answer my questions or their own questions and find the solution in escaping. This insensitivity and weakness has increased my hope and belief in poetry rather than decreasing them. On the one hand, the phenomena of God and destiny had been becoming the issues that I was continually reflecting over.

Before the primary school and while I did not have command in Turkish, my grandmother used to tell stories from religious texts and oral literature and put met to sleep. Since that time, I always identify the story of Yusuf with my life and dreams. When I have been to Tehran to study over the Iranian cinema at the graduate level, I have witnessed that the man has also become alienated to himself, lost his hopes and become exhausted more and more. Then I went to the USA to get training at New York Film Academy. I traveled throughout the Europe for one month by inter-rail. There was a pain on most of the people of the world which reflects the stigma of life. To try to understand and define this had gradually become an irresolvable confusion for me.

The desperation, weakness, alienation etc. had become the issues I always reflect upon. In my hometown Batman, following the ideological disparities and conflicts the number of suicides especially the woman suicides had been increasing. Hasankeyf with its unique historical buildup was being buried under the water. The nice memories of my childhood were getting lost by the time. 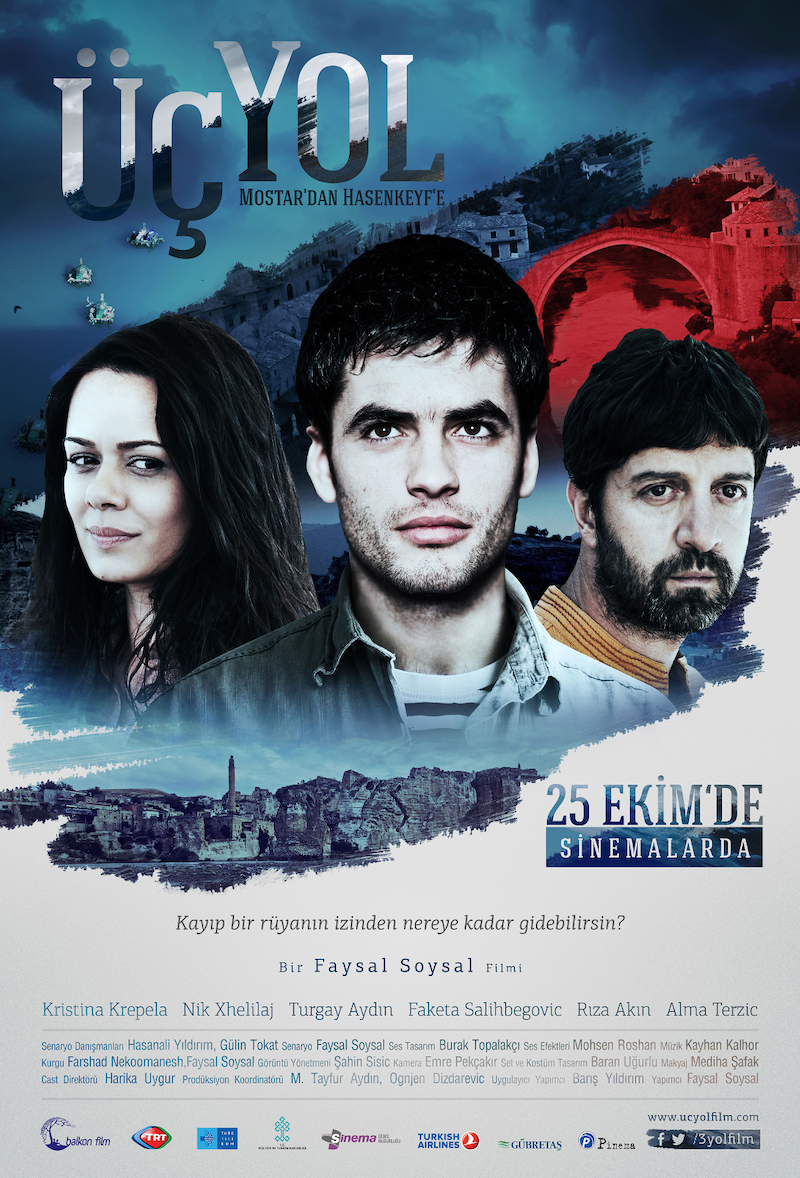 At my each trip to Bosnia, I have witnessed the damaging influences of war over the people especially over the women and children. However, despite all the negativities, at a moment in which man remains as man, at a tiny space, at a situation without bread, I observed that the hope in a way extends like a divine favor when love displays itself.

During my cinema education in Iran I wrote a script for my first short film. In this film, I wanted to question the metamorphosis of modern man and his making life other indeed. I wrote the first sequence of the current script at that time. But, then I was convinced that this would not be possible with a short film and with my experiences at that time. The first copy (which I finished in 2003) has evolved until now by changing and developing by the time and working and reflecting over it. When my proposal has received support form the Ministry, I have found the opportunity and motivation to work over it seriously.

My story of ‘Crossroads’ has been purified from fantastic and Orientalist elements as much as possible despite the fact that it exposes a supernatural dram in some ways. Indeed, I tried to be persuading and realist as much as I can. Instead of describing this reality through well known, ordinary methods, I wanted to give chance to the emotions, senses, beliefs and dreams. My wish to distinguish my work from other movies artistically and desire to display a new phenomenon in a new way led me to do this. I always have been in the pursuit of a new search and salvation as a result of my study, research and reflections upon cinema. I did not think that current movies and projects –except some exceptions- would contribute to the nature and unique beauty of the man. The directors such as Tarkovski, Kieslowski, Angelopolous, Godard, Bresson, Abbas Kiarostami, Yılmaz Guney, Omer Kavur, Bahram Bayzai and Majid Majidi have always inspired me with hope on the way to tell about a new value that will point to the suffering of mankind with a new style and language. My aim was to display the despair, weakness and the suicide attempts of modern man in response to his shame and brutality. In the same way, as opposed to the exhaust and vanishing, I continued my story with the search for hope and belief in a different style and structure. In the final stage, I have displayed the representation of love in the form of waking up from the dreams as a totally different person as a possible sign for our salvation. I wanted to track the signs that surrounds the self and perception of the man and weakens him in the modern wars. In this way, I targeted to touch upon a dimension of us that remained still human. These signs are going to be visible around the crisis beginning with the loss of self, alienation to self and outer world, claiming property over the body and death and to destroy it whenever one wants (Suicide) and continuing with the senses of search and journey and turning back to the self by means of a fate and divine gift.

The reality being dragged along Mostar, Sarajevo and Batman will progress on the crossroads of suicide, love and revival in the shadow of the dreams (especially the images of Prophet Joseph’s dream will emerge with a modern interpretation). During the movie, this sense of reality that repeats itself in an independent and authentic way is going to be defined via psychoanalytic comments on the axis of dream and life and via symmetrical characters. Yusuf and Bunyamin will not only be brother because of an experienced story, but also be the two characters becoming others on the axis of dreams via the senses of reality and desire since Nietzsche and Ibn Hazm. This otherification, is in fact a venture of being meaningful again with a new reading and signification. ‘The Crossroads’ will be a trial of honest glance at death, modern depressions, suicide, mystical thought and the rites of confession after wars. The Crossroads (Three Paths) symbolizes not the intersection of three paths as a challenge to the modern vision but the duality of love and self or with a reverse reading the union of life and death through dream and poetry.

In this manner, Zuleyha-Zeliha (the woman) symbolizes the love as both an intersection and a separation point of Bunyamin (death) and Yusuf (resurrection/revival) in a new life constructed through dreams. As a poet-director inspiring from the Iranian cinema and the savings of Turkish poetry, as I have already tried in my previous short films, what I try to do is not to tell a story that flows in a linear time. My aim is to create new images, emotions and worlds which can not be expressed through words but corresponding to the home of man’s loneliness and boundaries of which are indefinable. I hope to create a new language which will be the means to hear the voice and the sufferings of each other in a world that the words becoming less capable. I am not sure whether cinema would be sufficient for realizing this. However, I want to observe this since eternity by actively testing, experiencing, witnessing and making the audience witness to this process with the help of my team.